There’s minimal and controversial evidence that alcohol could be considered a health food. Some swear by a brew for post-workout electrolytes (though non-alcoholic beer’s probably better), and others uncork a bottle of red and toast to their cardiovascular health. But if you’re an athlete, alcohol has a better chance of sabotaging your goals of getting stronger and building more muscle. Here’s what the science says.

The pathways by which alcohol inhibits muscle growth and repair are complicated. Put simply, the effects that alcohol has on the body, and the effect of weight lifting, are at odds. “Resistance exercise and ethanol [a.k.a. alcohol] have opposite effects on circulating testosterone concentrations and its bioavailability,” write Italian and British researchers  “Ethanol can impair the function of the hormone-releasing glands and of the target tissues, thereby causing medical consequences.” Basically when you exercise, the body knows that it’s time to do repair work — it’s the way your muscles get bigger and stronger, and it helps grow new cells and clean out the bad ones. Alcohol undermines those processes, so that all of your hard work isn’t fully actualized.

How can you optimize your health and fitness? Take our Body Check to find out.

Here’s an example. In a laboratory study using human muscle cells drenched in ethanol (a.k.a. alcohol), the researchers observed a 15% to 20% decrease in basal protein synthesis—muscle building—after one full day. When those same muscle cells were incubated with both alcohol and an insulin-like growth factor, which mimics the cocktail of hormones that the muscles use to grow, the cell growth was impaired by between 30% and 60% depending on the dosage, according to a paper in Alcoholism: Clinical and Experimental Research. To be fair, the researchers were dosing the cells with alcohol the equivalent of a blood alcohol content of 0.276 and 0.55. For context, a 100 pound person who has 10 drinks in an hour would blow a 0.45 BAC.

And even a relatively small amount of alcohol may take you away from your goals. Take a study conducted at Massey University in New Zealand. The researchers asked 11 healthy male volunteers to do a set of 300 quad exercises on one leg, and then had them drink a screwdriver (vodka and orange juice, for any teetotalers out there). Thirty-six and 60 hours later, they repeated the same exercises on the same leg, and the researchers tracked performance measures. At a different time, the same men performed the same study on the other leg, but this time they were given orange juice, neat, after the first big bout of exercise. When the participants had alcohol, peak strength loss was significantly higher than when they’d abstained. Which unfortunately means it’s better to grab a protein shake than a beer with the guys after a Sunday training session.

Alcohol’s other effects on the body

Thirsting for a cold one makes you thirstier. Alcohol is a diuretic, meaning it leads to increased urination. And if you’re an athlete in the midst of training, that’s exactly what you don’t want. If you’re in the midst of endurance training, and especially when you’re planning to work for an hour or more, ideally you’d start off extremely well-hydrated, according to a paper from the University of Sherbrooke in Canada. Better to abstain from booze a few days before a big run or other long athletic endeavor.

Boozing meets bar food. People who are normally salad and grilled chicken types end up going gaga over salty fried food when drinking is involved. There’s even a term for that phenomenon: drunchies (drunken munchies). This confounded scientists because alcohol is already calorie-dense, so why would the brain be begging for more food? It seems that the part of the brain that’s activated by starvation and can lead you to feeling ravenous gets turned on when the body’s exposed to alcohol (i.e. when you’re drinking), suggests research published in Nature Communications. And even when you’re eating, that brain signal, which originates among the hypothalamic Agrp neurons, don’t necessarily shut off.

Drinking increases cortisol. The body’s stress hormone, cortisol is an important hormone for cuing the body to dangerous situations. But long-term exposure to cortisol is unhealthy, bringing with it things like anxiety, high blood pressure, and inflammation. And things get worse when it comes to alcohol. For every unit of alcohol a man has a week is associated with a 3% increase in cortisol, and women who were heavy drinkers also had a bigger bump of cortisol, according to research in The Journal of Clinical Endocrinology & Metabolism.

Alcohol messes with your mental health. Have you ever woken up from a night of drinking and felt like rubbish? Not just because you’re hung over. More like you feel emotionally pretty bad, akin to depressed. That’s because, in a way, you are. GABA, or gamma-aminobutyric acid, is a neurotransmitter that helps with nervous system regulation. It stokes you when you’re a little underactive, or brings you down when you’re hyperactive. Alcohol disrupts or depletes GABA production, which is why drinking can lead you to feel stressed, panicky, fearful, and overall bad the next day. 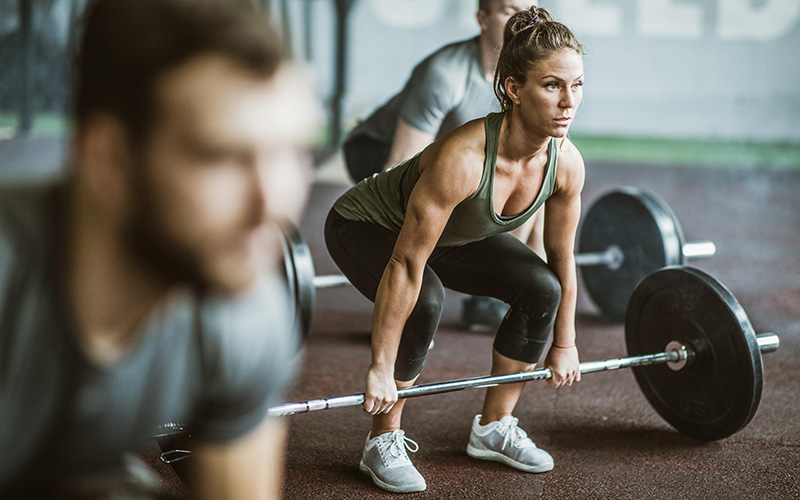 This hamstring-focused lift is great practice for the clean and jerk.
Read more

Ready to Hulk out?
Read more