If you didn’t grow up with almonds as an easy, tasty snack, it’s high time you paid attention to the health benefits of these popular kernels. They’re true all-stars that not only taste good, but are actually good for you and can also be used in a variety of ways.

Almonds are delicious served salty or sweet, or made into almond milk! They’re a must-have in any muesli, and have even made a name for themselves in cosmetics. But even though these indispensable kernels are seen as one of the classic nuts – they’re not actually nuts at all.

If we’re being precise, almonds don’t belong to the nut family, at least not from a botanical point of view. Like pistachios and coconuts, they technically aren’t tree nuts but kernels of stone fruits instead. Colloquially, however, they still fall under the term “nuts.”

But if you think almond kernels are inspiring, wait till you see the almond trees! They’re absolutely stunning because of their impressive pink blossoms.

The almond tree, which belongs to the rose family, is home to a couple different types of kernels. They’re classified into sweet almonds and bitter almonds. The latter, however, should not be eaten raw – more about that later.

Nowadays almonds are processed into a great variety of products. They’re packaged whole as snacks, are used as ingredients in baking or cooking, and processed into almond milk, liqueurs, marzipan, drinks, oil, butter, or flour, for example. Because of their fortifying properties, almonds are also popular in the production of cosmetics and skin-care products, not least because they’re good for sensitive skin.

An almond is small yet mighty, because there’s a lot of good stuff packed into these kernels – for example, they aren’t stingy with the healthy fats, protein, and fiber. Minerals and vitamins are also found in these so-called nuts – magnesium, calcium, and iron as well as vitamin E and B in particular.

Find out more about almond nutritional values in the following table:

Values for 100 grams of Sweet Almonds

Although almonds aren’t really low in calories, that shouldn’t keep you from integrating this healthy and filling snack into your diet. Although the NHS hasn’t published explicit guidelines about almonds, a study found that eating about 55g of almonds a day was beneficial and did not lead to a change in weight1.

It’s interesting to note here that researchers have found that people don’t digest all the fat contained in almonds2. Jackpot! You don’t have to count all the calories because your body doesn’t absorb them.

Strangely enough, the high fat content of almonds is an advantage instead of a disadvantage. Almonds’ fat content consists almost entirely of unsaturated fats, which are the fats your body needs. They are also said to lower your total cholesterol and LDL cholesterol levels3.

Almonds fit perfectly into a balanced diet of whole foods. Like other such nuts, the health benefits of almonds include the potential to reduce the risk of heart disease. It’s probably the polyphenols, dietary fiber, and fats all contained in an almond that are responsible for this.

Blood lipids may also play a role in heart disease prevention, and almonds are said to have a positive effect on those levels. For example, a study conducted by scientists in the US showed that the combination of almonds, dark chocolate, and cocoa packs a real punch4. Consuming it daily over four weeks improved blood lipid profiles and cholesterol levels. This increased calorie intake, however, should be compensated for elsewhere in your diet!

As mentioned above, almond kernels contain a considerable amount of vitamin E. This antioxidant is important because it intercepts free radicals and protects the immune system as well. And then there are the minerals contained in almonds – calcium, potassium, and magnesium – which all go to benefit your muscles and nervous system.

Almonds also have health benefits for your intestines because their dietary fiber both aids digestion and relieves inflammation. Speaking of which, it’s been proposed that eating almonds may also let you take advantage of their prebiotic properties which support healthy intestinal flora.

Do Almonds Contain Prussic Acid and is it Harmful?

With sweet almonds you don’t need to worry about prussic acid – also known as hydrocyanic acid – so you can eat them raw. Bitter almonds, on the other hand, must not be eaten raw, as they contain a natural toxin.

This toxin is called amygdalin and prussic acid forms out of it, which is what makes bitter almonds dangerous! It can lead to symptoms of poisoning including cramps and shortness of breath. In children, just five raw bitter almonds can be life-threatening.

But they can still be purchased, mostly in pharmacies and health food shops, so please exercise caution. They are only appropriate for cooking or baking, because heat eliminates a large part of the toxin. The amount of prussic acid remaining is harmless.

Are Almonds Appropriate for Weight Loss?

Despite their relatively high calorie content, almonds have earned a reputation as a fitness superfood. Their high protein and fiber content are not only good for your health – they can also curb your appetite.

In a study at Purdue University, one group of test subjects ate almonds as a snack every day, another integrated them into their meals, and the third group didn’t eat any at all5. The snack group reported a reduced feeling of hunger. At the daily meals they seemed to be a little full already.

This doesn’t necessarily mean they’ll melt off the kilos, but they may contribute by reducing the size of your meals. In the end, the researchers came to the conclusion that eating almonds doesn’t increase the likelihood of gaining weight, despite their high fat and calorie content.

Almonds can help anyone trying to reach or maintain their feel-good weight as long as they’re consumed in moderation. Another nice side effect of these healthy kernels: they prevent hunger pangs!

Most of us probably know candied almonds from the fair. They’re usually so loaded with sugar, however, that they’re no longer healthy fitness snacks. That’s why we’ve come up with a healthy recipe for better snacking.

Instructions: First, preheat your oven to 175 degrees and spread out the almonds on a baking tray lined with parchment paper. Then, roast them in the oven for ten minutes. Make use of your waiting time by preparing the spices. Let your imagination run wild! For example, mix a little vanilla (powder?) with cinnamon and cardamom (half a teaspoon each). You can change these spices according to taste and use ground cloves, a pinch of chili powder, and some sea salt for example.

Now pour a tablespoon of honey, a teaspoon of water, and a teaspoon of coconut oil into a pot and warm it up over low heat. Take the almonds out of the oven, add them to the honey-water-coconut mix, and mix them all together. After coating them – and sprinkling them with the spice mixture – roast the almonds again in the oven for about three or four minutes. Bon appetit!

Our tip: If you’re not in the mood for a DIY version of candied almonds, but still want to satisfy your craving for this delicious snack, check out our vegan protein balls. The coconut flavor is built around the perfect mix of coconut and almonds. But we’re sure you’ll like our other flavors as well, and the 12 pack is the best way to find your favorite! 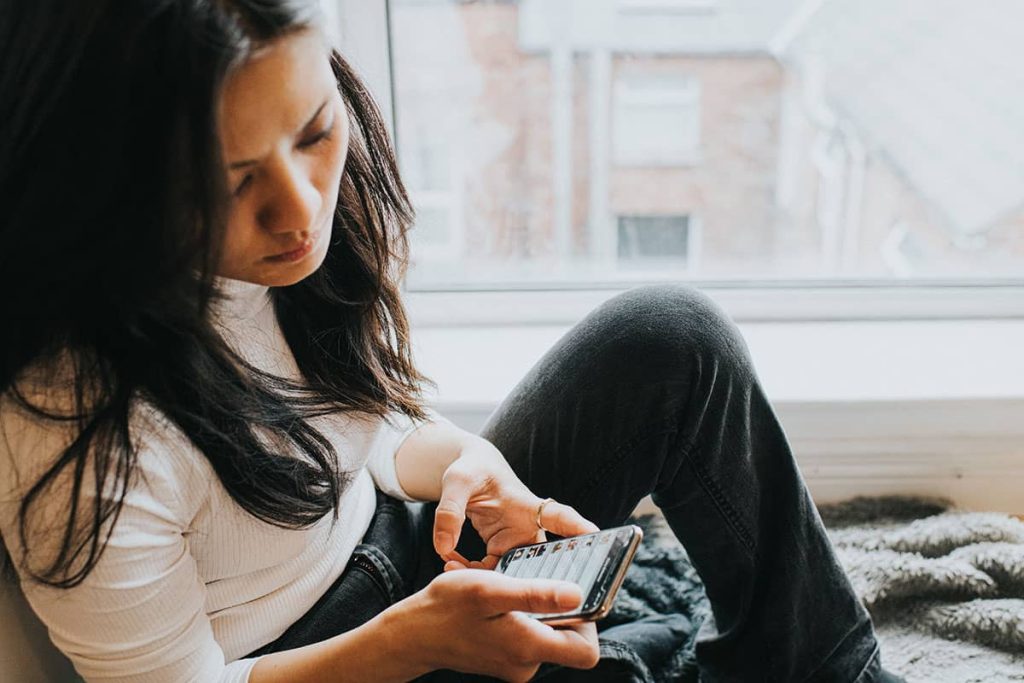 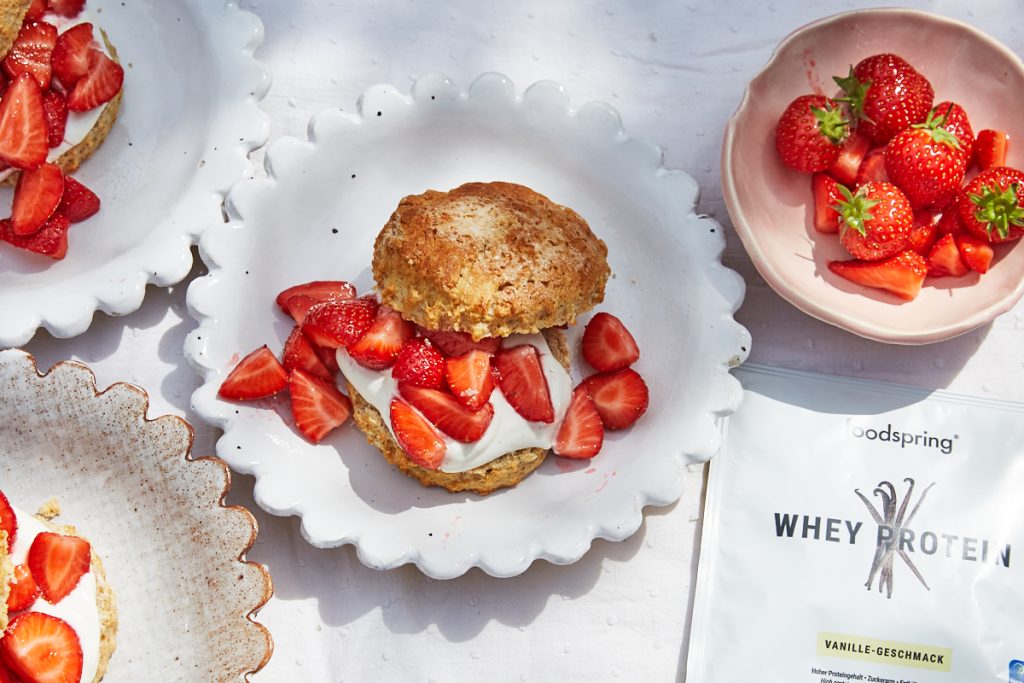